Surrounding Area & Things To Do

The Wild Goose Lodge located in Loon-Lake, NY  is in the heart of the Adirondack Mountains in upstate New York, near Saranac Lake and Lake Placid.  The nearby Adirondack Park is a short drive away and offers unlimited recreational activities, such as swimming, hiking, biking, fishing, horseback riding, cross country skiing and snowmobiling.   Loon Lake is in  Franklin County, known as “Adirondack Snow Country,” where 150″ of snowfall each year guarantees wintertime fun.  Ice fishing is popular on the many lakes of the region, downhill skiing is available at one of several mountain ski resorts, and numerous winter events and annual winter carnivals are scheduled each year in the small towns of the area. 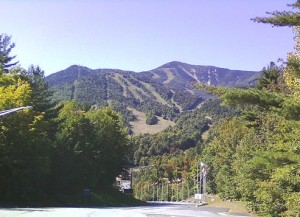 Whiteface Mountain  Whiteface may have made its name in the winter—it has the highest vertical drop in the east, after all but it does summer pretty well, too. Whiteface is so much more than a great place to ski!   The mountain offers, gondola rides , drive up Veterans Memorial Highway  hiking trails,  mountain bike trails, and …. Hosts a variety of festivals and events all year round!!    Standing on its summit, you’ll gaze out at the Adirondack Park, six (6) million acres, more than Yellowstone & Yosemite combined. Thick with white pines, glistening with crystalline lakes and meandering trout streams.  Around you stand New York’s tallest peaks.  To the east, Lake Champlain & Vermont’s Green Mountains, and below, the towns of Wilmington & Lake Placid, the Olympic Village.   Directions 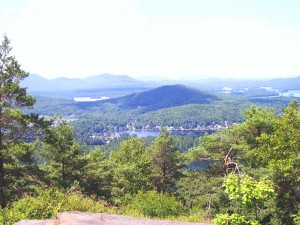 The village of Saranac Lake lies in the heart of the Adirondack Mountains.  In addition to being surrounded by countless beautiful mountains, lakes and rivers, Saranac Lake is a historical, cultural and artistic hub of the Adirondack region.  As one of the Adirondack’s premier year-round destinations, Saranac Lake is host to a variety of fantastic events. Summertime brings exciting events in the Saranac lake area such as , Daffest,  Great Adirondack Days, and North America’s largest rugby tournament, Can-Am Rugby. When the snow flies be sure to check out the First Night celebration, as well as, the week-long Saranac Lake Winter Carnival, the oldest winter carnival in the eastern United States.   Directions 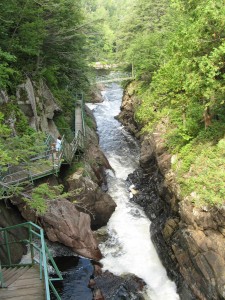 Wilmington  Wilmington is the home of Whiteface Ski Center, Olympic Jumping Complex Tour, Bob Sled Rides, and Santa’s Workshop.  In addition, there’s Whiteface Mountain Veteran’s Memorial Highway, which is a five-mile toll road that offers spectacular views of the mountains and a historic toll house, castle and tunnel.  High Falls Gorge  is another Wilmington attraction, a 700-foot waterfall located at the base of Whiteface Mountain, with self-guided tours along groomed paths and walkways. The population of the village of Wilmington is just over 1,100 residents, but due to its proximity to Whiteface Mountain and Lake Placid, it offers visitors amenities and services you would expect in a much larger city.  Directions

Lake Placid  This picturesque village lies along the shores of both Mirror Lake and Lake Placid, creating a tranquil, 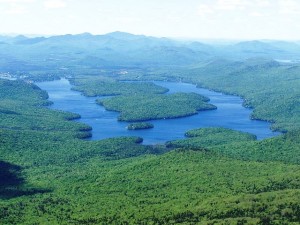 idyllic scene. As one would expect of a host city of the Winter Olympics, the area boasts world class skiing and other winter sports, such as snowboarding, ice skating, luge & bobsled runs, snowmobiling, snowshoeing and much more. The city of Lake Placid says “winter here isn’t just a season…it’s a celebration.” The other seasons of the year are just as active with opportunities for hiking, fishing, canoeing, mountain biking, white water rafting, horseback riding, and golf. There is an indoor Olympic Arena for summer ice skating, and boats can be rented on both Lake Placid and Mirror Lake. The region surrounding Lake Placid includes quaint 19th century villages, historic sites and museums, and the village hosts an annual film festival.  Shopping in Lake Placid is one of a kind, and dining is everything from five star to casual.   Directions